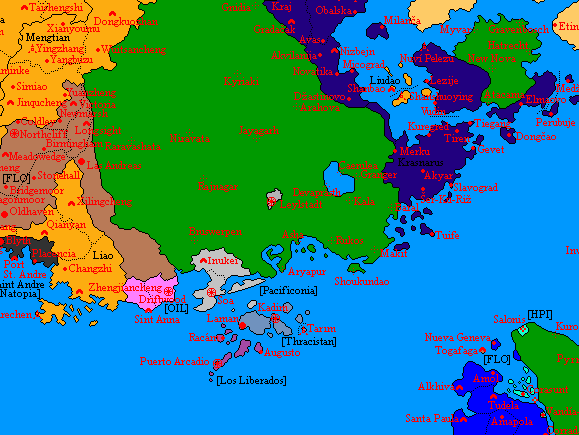 Notes:
Leylstadt is an independent, small state in the mountains of Eastern Apollonia. It's intended as a side project, separated from my involvements in the USSO or Jingdao. The country itself isn't large, as I want to slowly develop it in high detail.
Honoured Servant of the Heavenly Light of Jingdao
Top

MCS Addition Request Form (Claims)
Use this form to place a claim on some empty land if you are a new nation.

Notes: The Duchy of Leylstadt is a personal project. Not too large, meant to develop and - in time - expand. It is meant as a project which is neither in the Raspur and USSO camp and focusses on small-scale cultural development. Our primary ally is Alduria, with which we have some economical ties.
Honoured Servant of the Heavenly Light of Jingdao
Top

I don't object to changing the map colour, if the honourable MCS gods have a nice one in reserve.

Honoured Servant of the Heavenly Light of Jingdao
Top

Huzzah! The conquest and massacre of the green can commence!