Here's a map of Fort Kolgrad. Fort Kolgrad contains within it two "Military-only" regions, The Fort and the Military District, whilst the town of Nordkamp is also primarily a military town. The Animal Reserve and Tsännerlauger are national parks with human activity legally minimised, with only really Old Fort Kolgrad, Hampton, Redditch, Tzult, Lamnstadt and Regensburg being normal regions. Whilst the whole of Fort Kolgrad is very mountainous, the Bergdorf Corridor is littered with them and as such Bergdorf town is the only settlement in this area, and it is a winter sports magnet, with many people coming in the winter on ski trips whilst the summer is very much a great time to hike. Note: with the exception of Dalek Bay, only towns and military settlements are shown on this map. Only Inter-town main roads and public airports are shown. Military airports and roads, private roads, tracks, roads within towns and non-main roads are not shown.
Barnaby Hands,
President of Senya
[ facebook • microwiki • wordpress ]
Top This is an update from one Kras made years ago.
Top

Also, I found this during some internet archeology. Go ahead and click "here" on it. It wouldn't let me put up the actual picture or direct link here for some reason.
Top

Anyone who wants to use this, please feel free. It was a joy to make and wouldn't seem fair to have it all for myself. This is a territorial map of Federal Republic of Phinbella..... 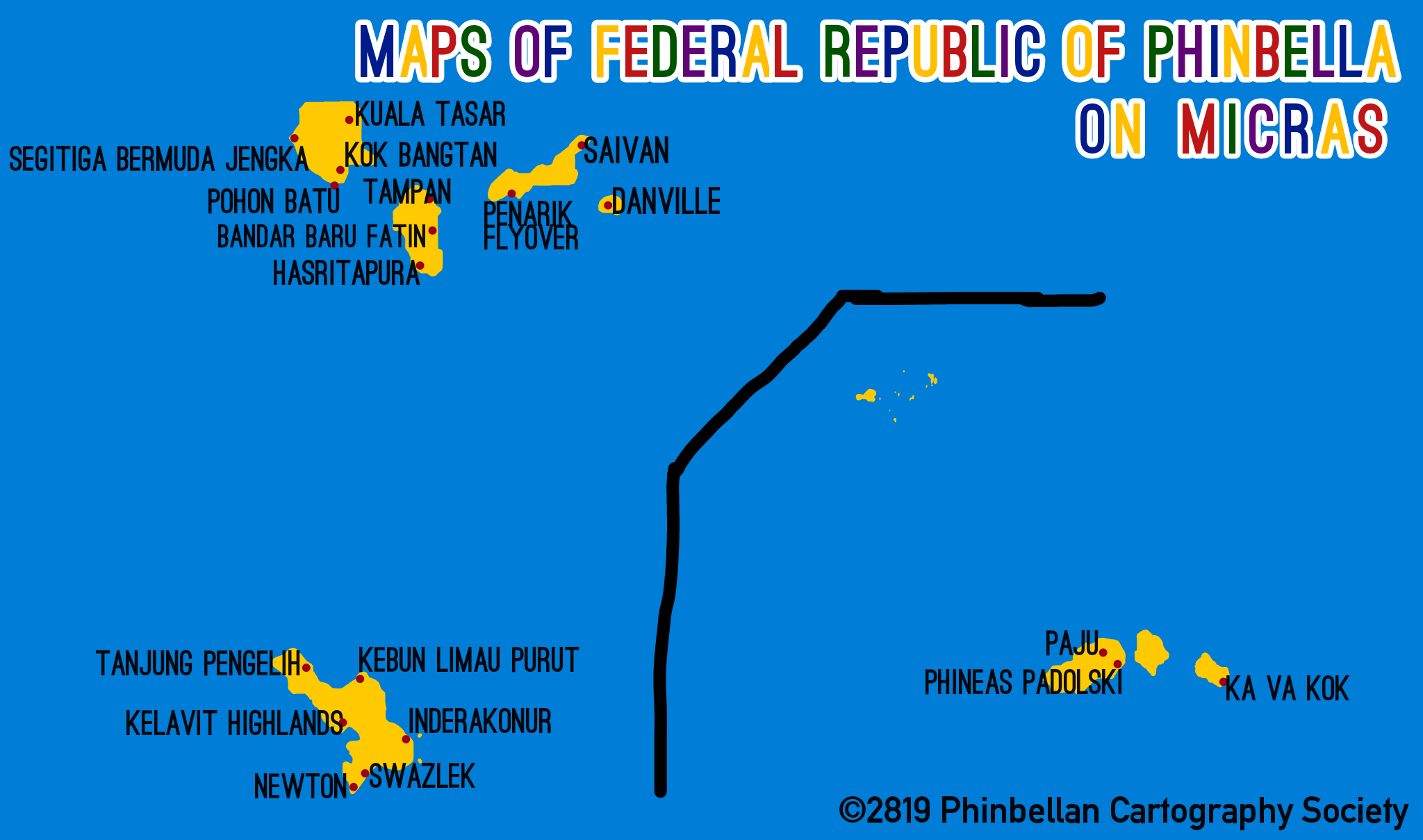 They are had 19 city and town on this map

The map of the Great Jing Empire: 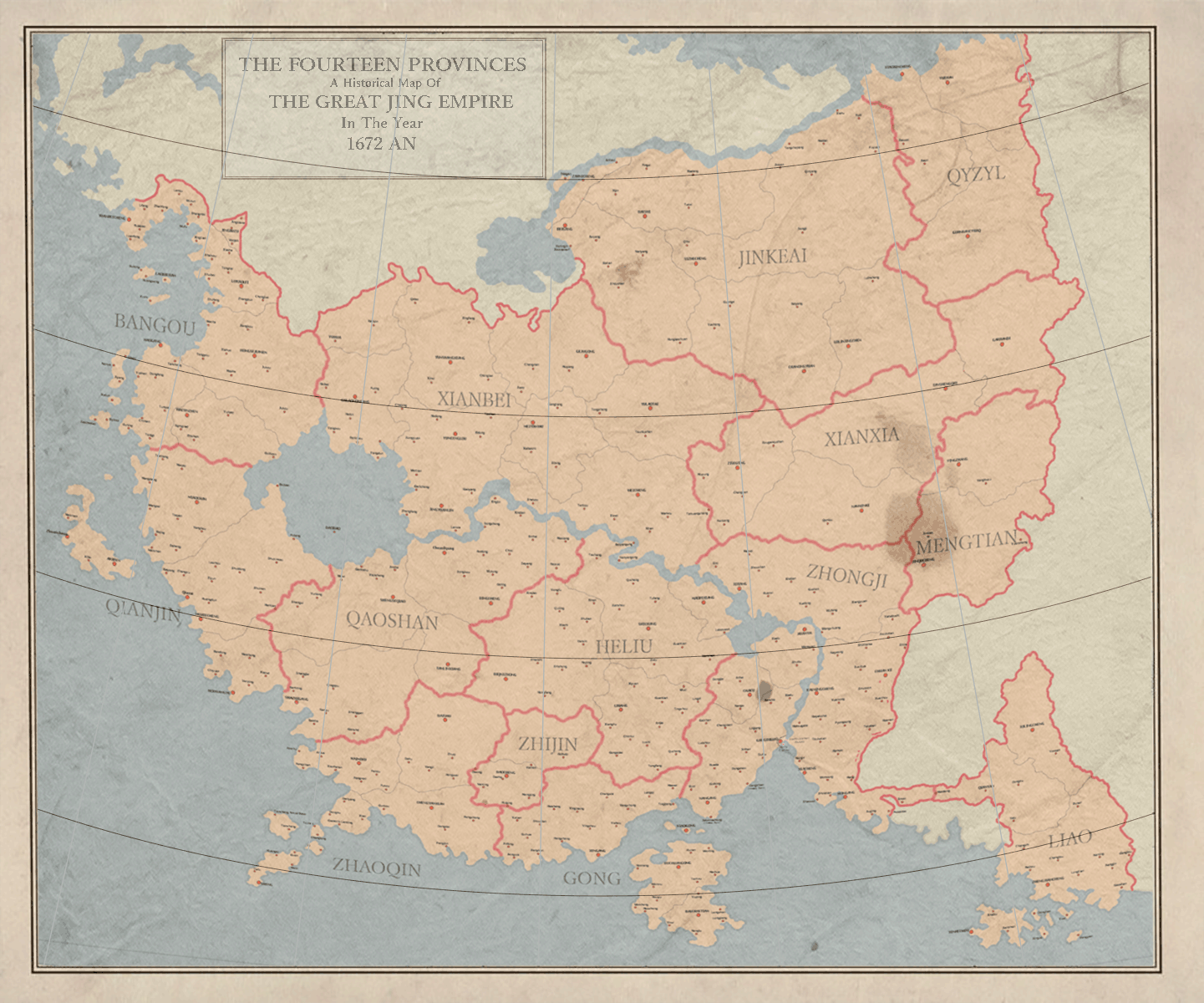 The map of Batavia and Kasterburg, as far as mapped. The Brettish Isles with the parts of Amokolia, Nova England and Unified Governorates of Benacia (New Blackstone):

Batavia has been mapped. The Brettish Isles with the parts of Amokolia, Nova England and Unified Governorates of Benacia (New Blackstone):